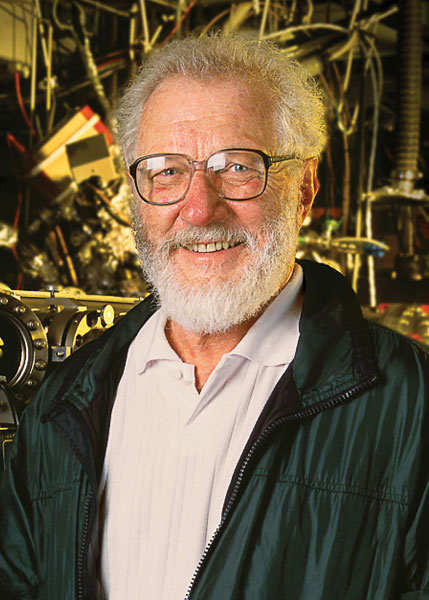 Professor of Electrical and Computer Engineering and of Materials

"For developing semiconductor heterostructures used in high-speed and optoelectronics"

Professor Kroemer, who held the Donald W. Whittier Chair in Electrical Engineering, joined the UCSB faculty in 1976. He is widely known for developing semiconductor heterostructures used in high-speed and optoelectronics, the pioneering research for which he shared the Nobel Prize. Kroemer received his Ph.D. in theoretical physics in 1952 from the University of Goettingen. He wrote his dissertation on hot-electron effects in the then-new transistor, setting the stage for a career in research on the physics of semiconductors and semiconductor devices. A German citizen, he is a foreign associate of both the National Academy of Sciences and the National Academy of Engineering. In 2001, a German astronomer who discovered an asteroid had it officially renamed for Kroemer, in recognition of his countryman's distinguished career.