The first half of the 20th century often featured more than one Commencement per year. 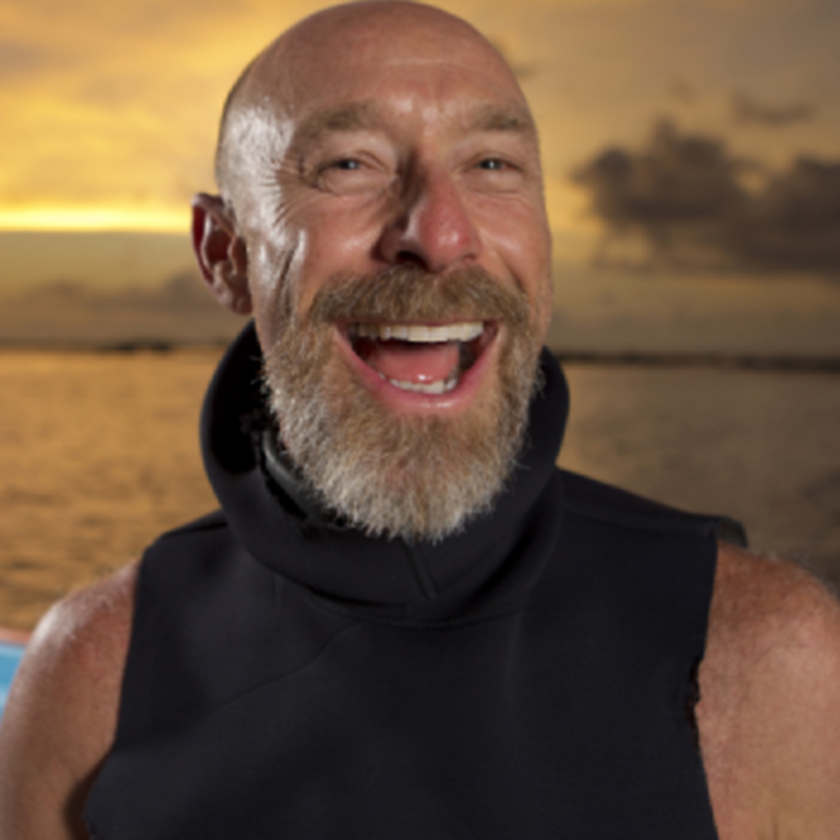 Environmental anthropologist Dr. Kenny Broad, who earned a BA in Literature in 1989 from the College of Creative Studies at UCSB, has participated in extreme scientific and filmmaking expeditions on every continent to gather information and samples that shed light on little known environmental and cultural subjects. Broad and the late Wes Skiles received the National Geographic Explorer of the Year award in 2011. He regularly collaborates with ecologists, climatologists, hydrologists, psychologists and a range of other strange 'ologists' and has published dozens of scientific articles on topics ranging from risk perception to venomous snakes to natural resource management. Kenny is a licensed US Coast Guard Captain, a commercial helicopter pilot, and holds multiple diving ratings. He is currently a professor at the University of Miami where he directs the Abess Center for Ecosystem Science and Policy. He is also Co-Director of the Center for Research on Environmental Decisions at Columbia University, where he received his PhD in Anthropology in 1999. Broad was a National Geographic 2006 Emerging Explorer and was elected a Fellow National of the Explorers Club in 2009. 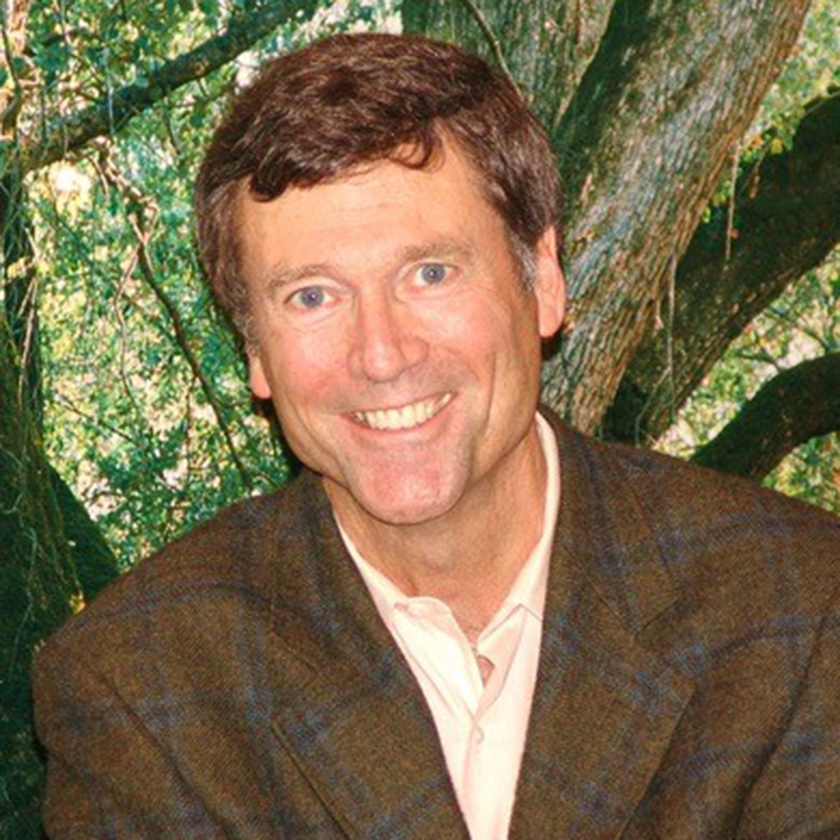 Steve McCormick has spent over forty years in the not-for-profit sector. From 2007-2014 he served as President of the Gordon and Betty Moore Foundation, leading the Foundation through the development of new strategies in its three programs areas — Environmental Conservation, Science, and San Francisco Bay Area.

Prior to his time at the Moore Foundation, Steve worked at The Nature Conservancy (TNC) for 32 years, including eight years as President and CEO, overseeing operations in 30 countries as well as every state in the U.S. He began his career with TNC in 1976 as western regional legal counsel and spent 16 years as executive director of the California state program and director of the Western Region. In that role, he led an organization-wide effort in 1996 that created Conservation by Design, the strategic framework that still guides TNC’s work around the world.

In 2014 Steve co-founded The Earth Genome, a start-up venture to create the first global, open-source information platform on ecosystem services and natural capital, designed to guide better decision-making on sustainability in the private and public sectors.

Steve serves on the boards of the California Academy of Sciences, Sustainable Conservation, UC Berkeley College of Natural Resources, and the California Wildlife Officers Foundation. He has also served on the boards of The Independent Sector, the Student Conservation Association, the Sustainable Forest Initiative, and the Advisory Board of the Harvard Business School Social Enterprise Initiative. 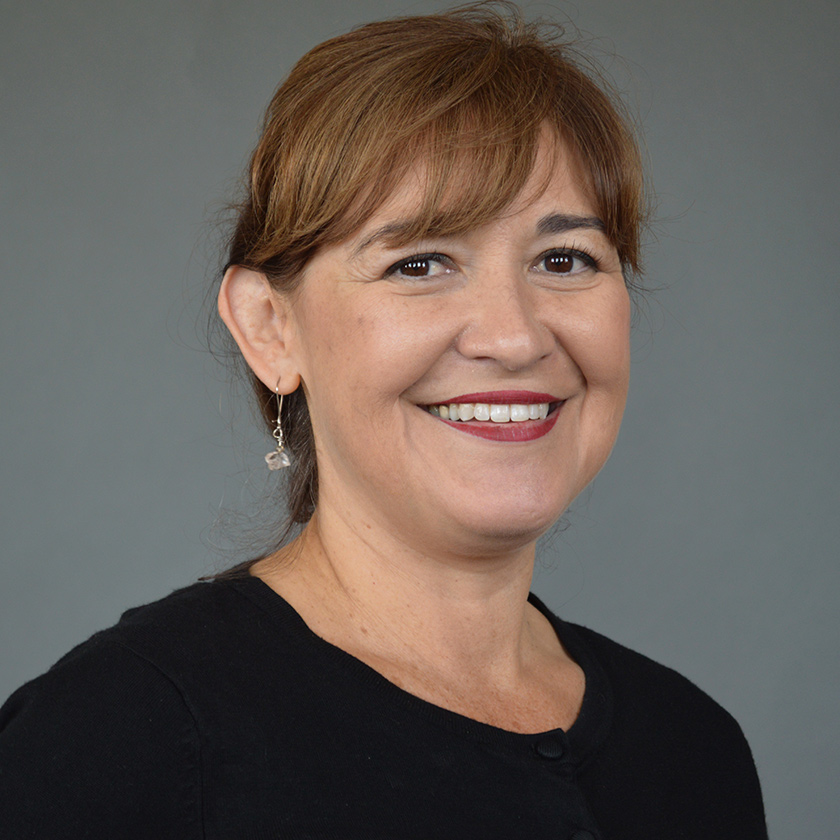 Community leader and educator Dr. Nicolasa Sandoval serves as the Education Director of the Santa Ynez Band of Chumash Indians, and has been appointed twice by former California Governor Jerry Brown to the State Board of Education.

A first-generation college student, Sandoval earned her bachelor’s degree in public relations from Pepperdine University and her master’s degree in museum studies from George Washington University. She held several positions at the Smithsonian’s National Museum of the American Indian, and worked as a public relations professional for the Smithsonian’s National Museum of Natural History and the J. Paul Getty Museum.

When Sandoval received her Ph.D. in Education from UC Santa Barbara in 2007, she brought home an important milestone in educational attainment to her community as the first Chumash to earn a doctorate. “UCSB has been a home, school, and community for some of the most extraordinary thinkers and change-makers in the world,” said Sandoval. “It is my responsibility and my pleasure to contribute to our UCSB community. If one person connects to one element of my story, I will be grateful.”

Sandoval also serves as a lecturer at the Gevirtz Graduate School of Education, and recently completed her terms as an elected member of the UCSB Alumni Association Board of Directors. 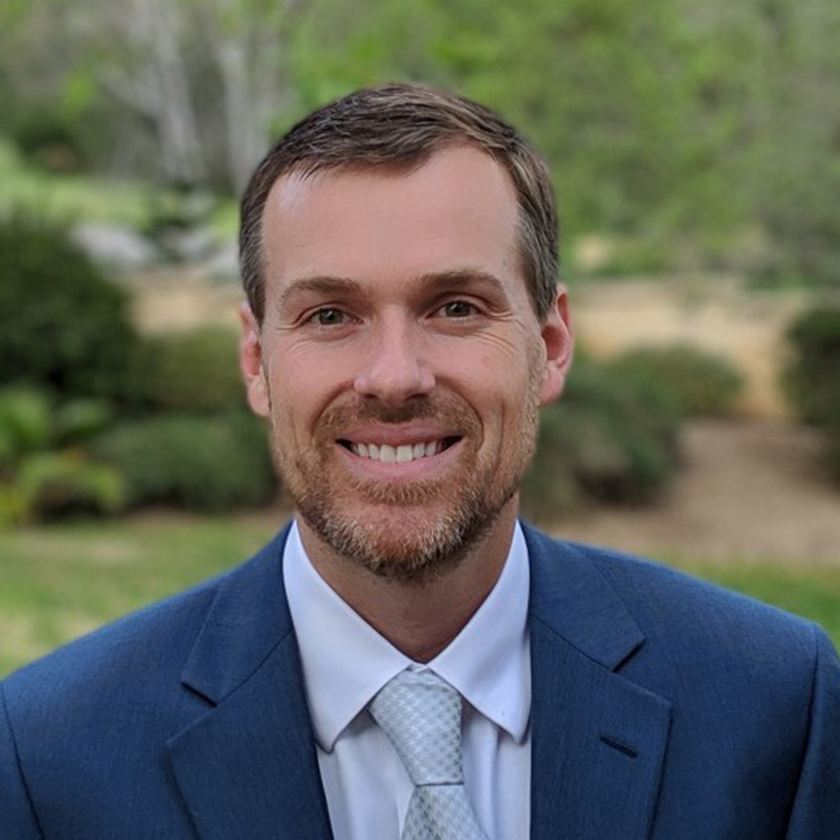 Brenton Taylor is the Founder and Executive Vice President of Inogen, Inc. While earning his BS in Microbiology from the University of California Santa Barbara, Brenton became involved in the Technology Management Program through the university’s College of Engineering. After winning the 2001 New Venture Competition, Brenton and his colleagues pursued their concept for an innovative portable oxygen concentrator which became Inogen, Inc. Brenton is an inventor on more than 25 patents and has been instrumental in helping grow Inogen from its origin at UC Santa Barbara into a successful publicly traded company. Brenton has received numerous awards for his accomplishments at Inogen, including the 2014 UC Santa Barbara College of Engineering Technology Management Program Venky Narayanamurti Entrepreneurial Leadership Award, the 2010 IDSA Medical Device Design of the Decade award, and the 2005 Ernst & Young Entrepreneur of the Year award. Brenton continues to enjoy calling Santa Barbara home where he lives with his wife and fellow Gaucho, Katie, and their two sons. 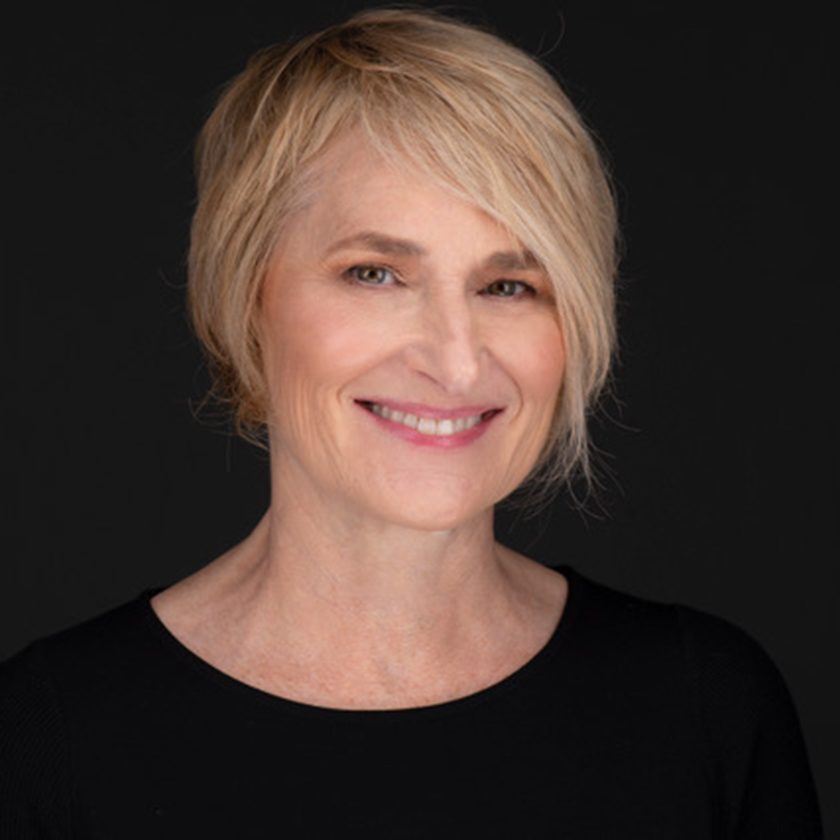 An expert on environmental policy, philanthropy, communications and politics, Deb Callahan is the founder and president of her consulting firm North Star Strategy.

Deb has advised and worked for numerous presidential, Senate and House candidates, and campaigned for over a hundred pro-environment candidates running for office. She also served on the staff of former U.S. Senator Kent Conrad (D-North Dakota) where she advised the senator on energy, environment, science and technology issues.

As a member of numerous boards of directors and advisory boards, Deb has served in governance roles with leading institutions including the World Resources Institute, Earth Day Network, America Votes, and the Federation of State Conservation Voter Leagues. A native Californian, Deb graduated from UC Santa Barbara with an undergraduate degree in Environmental Studies. She lives in the San Francisco Bay Area with her family. 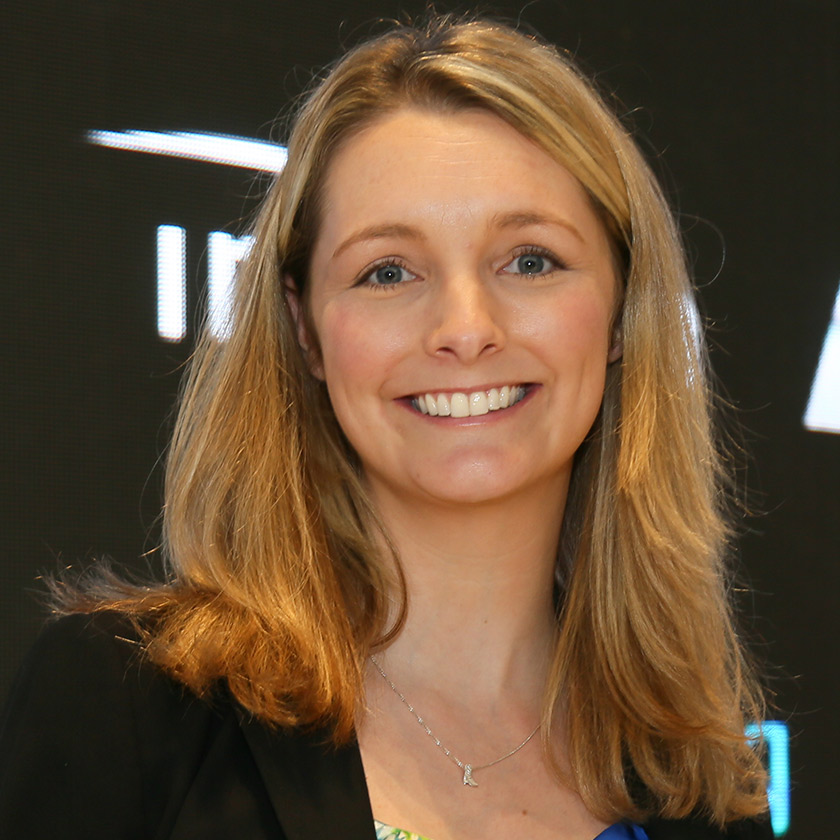 Ms. Bauerlein is a University of California at Santa Barbara alumna who graduated with high honors in 2003 with a degree in Economics/Mathematics and a minor in Statistical Sciences. She began her entrepreneurial career while she was a student at UCSB. A personal connection to COPD led to a desire to improve oxygen patients' lives and the establishment of Inogen. She and two other students co-founded Inogen in 2001 after receiving First Place honors in the Technology Management Program 2001 Business Plan Competition.

Inogen went public on the Nasdaq exchange in February 2014 and currently has a market capitalization of approximately $2B with over 1,000 employees worldwide. The Inogen One product line has improved the quality of life for over 400,000 oxygen patients worldwide. Ms. Bauerlein is currently CFO / EVP of Finance, Corporate Secretary, and Corporate Treasurer at Inogen.

At Inogen, she is responsible for all areas of finance, accounting, reporting, investor relations, treasury, SOX compliance, legal, and revenue management. 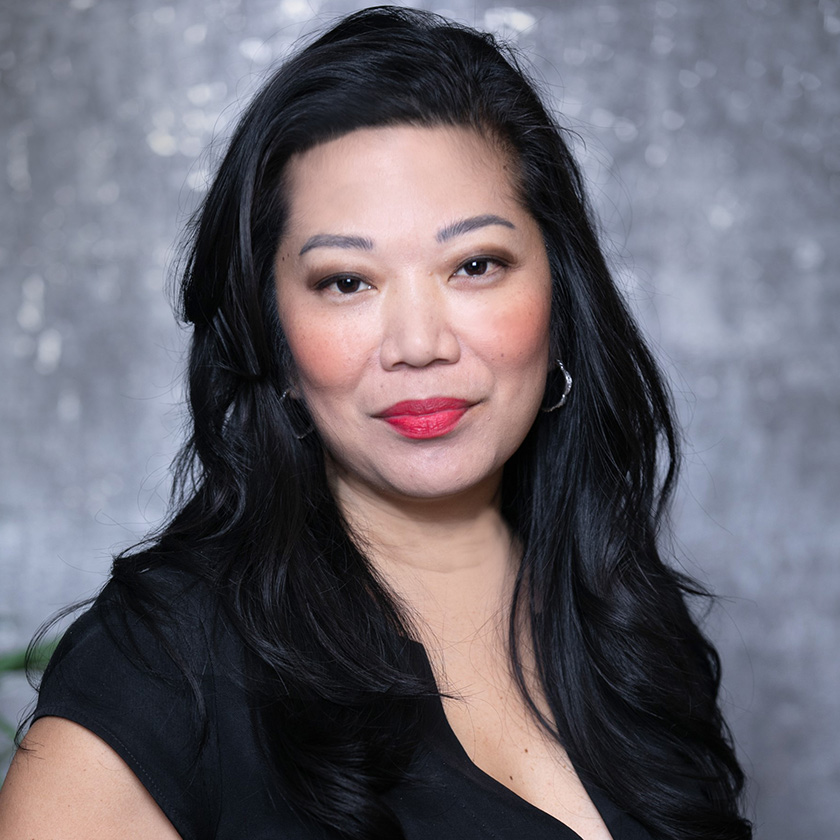 Puoy Premsrirut is a practicing attorney at the association of law firms, Brown Brown & Premsrirut, servicing both litigation and transaction clients in primarily corporate structure and governance, business and real estate matters, including clientele in restaurant and nightlife operations. Premsrirut also practices securities law with a narrow focus in representing exempt offerings for numerous businesses in Southern Nevada, including many projects located in the redeveloped downtown Las Vegas area.

Premsrirut holds a bachelor’s degree in political science from UC Santa Barbara. Admitted to the Nevada Bar in 1999, she received her Juris Doctorate from the University of Denver College of Law, where she was the recipient of the Minoru Yasui Memorial Law Scholarship. Premsrirut has served on charitable and educational boards for local and regional organizations, including the Asian Chamber of Commerce, the Asian Bar Association of Las Vegas, and the Las Vegas Children Foundation. Since 2013, she has served as commissioner of the Colorado River Commission of Nevada and as Chairwoman for the last several years. She lives in Nevada with her family. 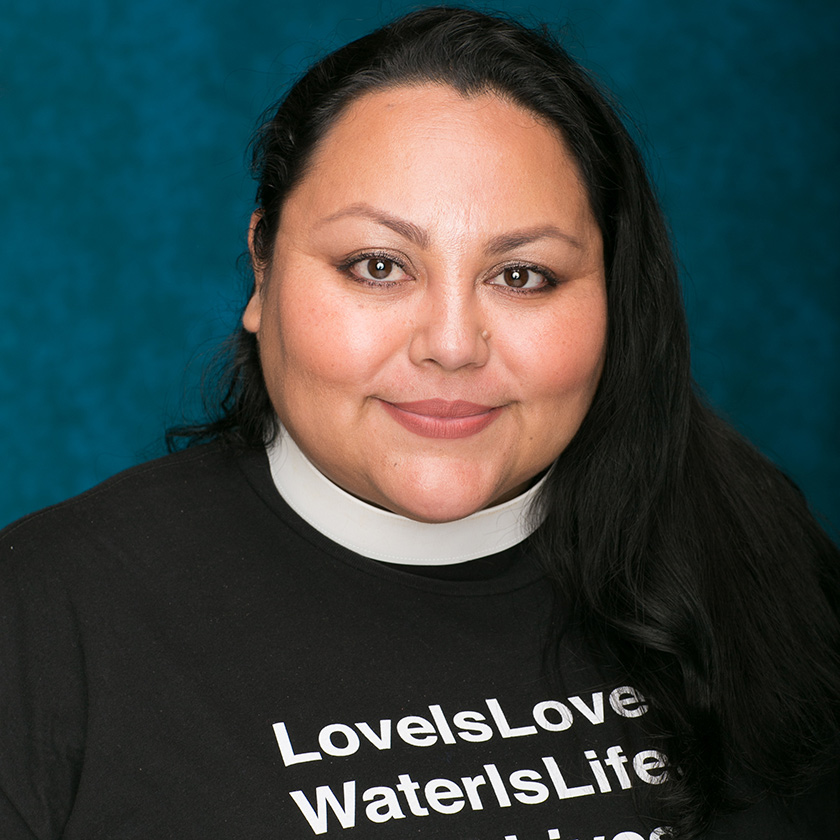 The Reverend Nancy Frausto is the Associate Rector at St. Luke’s Episcopal Church in Long Beach, a founding member of the Diocese of Los Angeles Sanctuary Task Force and a Dreamer (DACA recipient). A powerful preacher, teacher and witness to the power of God’s liberating love, she is the Diocese of Los Angeles’ first Latina leader to have grown up in a Spanish speaking Episcopal Church and pursued ordination.

She is the recipient of the Episcopal Church Foundation and Beatitudes Society Fellowship. In 2014 she was named one of the Future 50 Interfaith Leaders in Los Angeles to watch by the Interreligious Council of Southern California. In May 2013, Nancy completed her Diploma in Theology from Bloy House and was the recipient of the Thomas Crammer Scholarship for Distinguished Achievement in Liturgical Scholarship. Shortly thereafter she received her Master of Divinity from the School of Theology at Claremont.

A sought-after speaker on issues of intersectionality, faith and racial reconciliation, Reverend Frausto’s call to social justice is a personal one. Growing up undocumented in the United States, she understands the importance of honoring one’s roots and making the changes necessary for future generations. 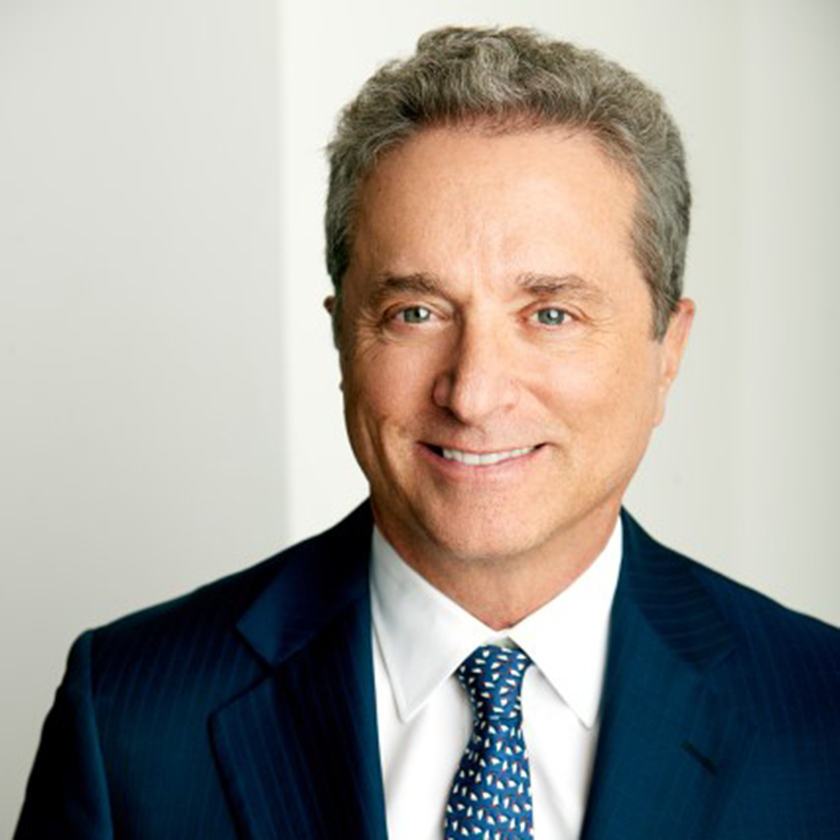 Rick Rosen is the head of the television department at William Morris Endeavor (WME). A founding member of the Endeavor Agency, he played a critical role in orchestrating its 2009 merger with the William Morris Agency. In 2014, WME acquired the International Management Group (IMG), expanding Rosen’s role to oversee the company’s broadcast, sports broadcast, marketing, and golf divisions as well.

Prior to founding Endeavor in 1995, Rosen spent four years heading the television packaging department at International Creative Management (ICM). He began his entertainment career working for Jonathan Dolgen at Columbia Pictures’ business affairs department, where he honed his skills for seven years. Rosen then segued to Orion Television, quickly ascending to the rank of Senior Vice President of Creative Affairs for the network television division.

Rosen currently serves on the Board of Directors of the Los Angeles Leadership Academy and the Alliance for Children’s Rights. He also serves on the Peabody Awards Board of Advisors and as the Chair of the Executive Committee of the Academy of Television Arts & Sciences. He is the former president of the Board of Directors of the Hollywood Radio & Television Society, and was inducted into the Broadcasting & Cable Hall of Fame in 2012.

Join us on social media to celebrate and congratulate our graduates.

This event will be photographed and/or recorded. By entering this space, you agree and grant irrevocable permission to have your likeness, image, voice, and appearance photographed and recorded for any University business-related purpose and used as embodied in UC Regents Product[s] whether recorded on or transferred to videotape, film, slides, photographs, audiotapes or other media, now known or later developed, and to be included in various University marketing, outreach, or news campaigns.